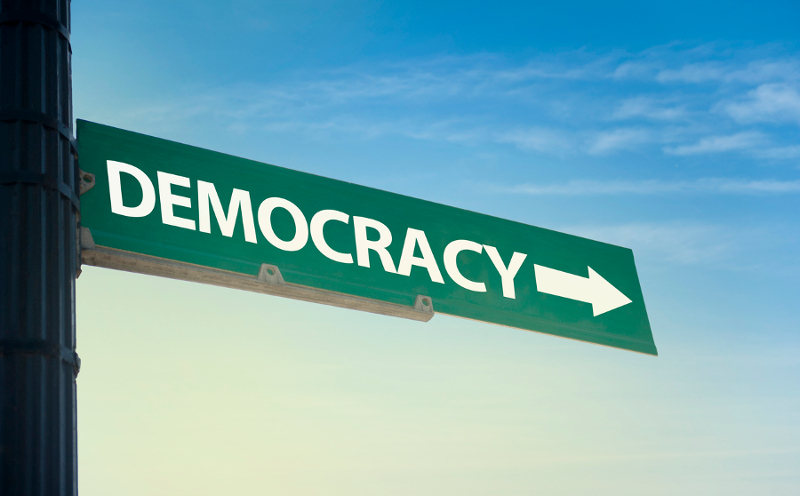 A CHRISTIAN SCIENCE PERSPECTIVE
Love: The basis for a renewed democracy

In Philippines, a push to preserve accounts of life under martial law

Now in office, Mr. Marcos continues to harness social media to spread misinformation about his family’s legacy and ongoing court battles. But the family’s success has also been a wake-up call for many Filipinos, who are rushing to protect and promote firsthand accounts of the martial law period. Some have started digitizing 1970s archives, while others search for ways to bring honest accounts of martial law to new audiences.

India will soon become the world’s most populous country, yet it is already one of its most diverse – by religion, ethnicity, and caste. Civic equality may be enshrined in the constitution, but that has not stopped Prime Minister Narendra Modi from pushing a kind of Hindu nationalism over eight years that has led to widespread discrimination, which includes women and civil society.

By the Monitor’s Editorial Board, November 8 2022

For Israel’s hard-right alliance, how high a priority is democracy?

Until recently, Mr. Ben-Gvir and his Jewish Power faction were viewed as fringe players in national politics. Successive efforts to win a seat in parliament failed, until Netanyahu began brokering far-right alliances to maximize their vote share and bolster his own electoral prospects.

Since the earliest days of his presidency, Mr. Biden has made clear the political understanding on which he wants to build future ties with Beijing: that while the U.S. sees China as a competitor and rival, the countries should still be able to communicate and, where possible, cooperate on areas of mutual interest.

NATO Secretary General Jens Stoltenberg was also guarded Thursday, insisting the West needed to wait and see “how the situation on the ground develops in the coming days.”

The Christian Science Monitor is an independent international news organization. It helps people see news events as starting points for constructive conversations. It aims to cut through the froth of the political spin cycle to underlying truths and values. It wants to be so focused on progress that readers and journalists together can provide a credible and constructive counter-narrative to the hopelessness-, anger-, and fear-inducing brand of discourse that is so pervasive in the news.

The Monitor’s global approach is reflected in how founder Mary Baker Eddy described its object as “To injure no man, but to bless all mankind.” The aim is to embrace the human family, shedding light with the conviction that understanding the world’s problems and possibilities moves everyone toward solutions.

The Monitor is an independent voice, devoid of the corporate allegiances and pressures that critics say too often skew today’s media. It seeks to give readers the information they need to come to their own constructive conclusions.

The Monitor also accepts outside grants to support general operations, special projects, and coverage of specific topics of interest to its readers, but without ceding any editorial independence.

What is a Christian Science Reading Room?