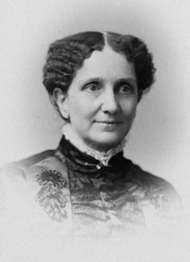 Mary Baker Eddy (1821–1910) was an influential American author, teacher, and religious leader, noted for her groundbreaking ideas about spirituality and health, which she named Christian Science. She articulated those ideas in her major work, Science and Health with Key to the Scriptures, first published in 1875. Four years later she founded the Church of Christ, Scientist, in Boston, Massachusetts, which today has branch churches and societies around the world. In 1908 she launched The Christian Science Monitor, a leading international newspaper, the recipient, to date, of seven Pulitzer Prizes.

“Mrs. Eddy has left her mark on women’s leadership:

“Mary Baker Eddy founded a religion with equality at its core”
By Karla Vallance, The Christian Science Monitor, August 7, 2020

Christian Science Practitioners in BC

BC Committee on Publication

Get the latest Christian Science BC updates delivered to your inbox.

Get the latest Christian Science BC updates delivered to your inbox.